Fire Damage Can Affect Your St. Petersburg Home's Exterior And Spread To Outbuildings 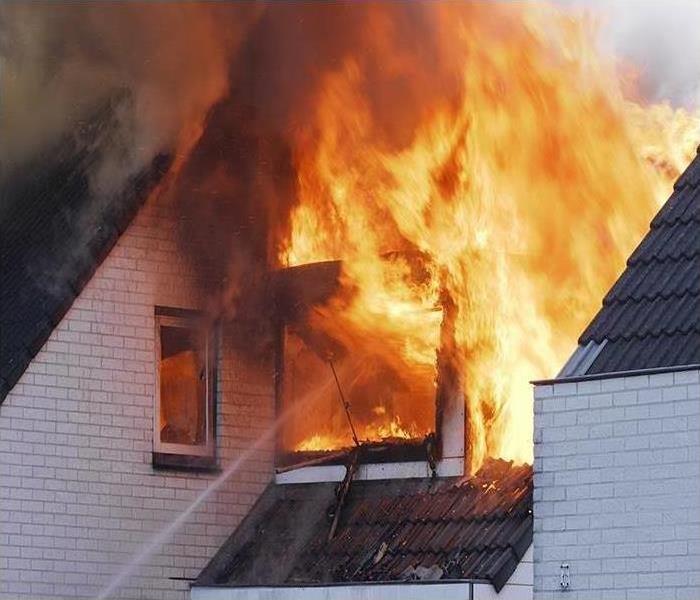 Fire can cause significant damage to your property.

Many times when firefighters deal with a blazing fire, they need to place holes in the roof. This can let some of the heat escape the building, but as this happens, hot ash and burning embers pose a risk to other buildings that are in close proximity.

St. Petersburg firefighters know that this risk exists but doing so outweighs that risk, as the main fire is easier to put out and this alone reduces the amount of fire damage sustained. However, when a fire spreads to other buildings, that fire is more easily extinguished while the fire department is still on the scene than at any other time.

Buildings, such as garages that are already very closely situated to your home can easily catch on fire from flames that are located on your home's exterior. Sometimes this happens because of items stored outside acting as a burning bridge between the two buildings. Other times, it is the garage that catches on fire first, and then that fire spreads to the home. No matter what amount of fire damage involved in your situation, SERVPRO has the experienced professionals with IICRC training who can make things “Like it never even happened.”

Fire damage means not being able to live in your home, in most situations, so we work quickly so that your time living away is reduced as much as possible. We know that not only is the event itself highly stressful but that adjusting to life after a fire can take a toll on family members, too. This is why it is so important to us to reduce the time involved while still erasing the effects of the fire, no matter how extreme.

Inside and out, fire damaged materials are removed and replaced, soiled belongings are cleaned of accumulated soot and grime, water and foam from firefighters' hoses and sprayers are removed, and clothing and other textiles are laundered in special machines to remove as much of the particles that can ruin them as is technologically possible. Carpeting is often destroyed because synthetic fibers often do not hold up to punishing temperatures a fire can produce, so this is removed, as is the padding. The underlay is dried and inspected to ensure that it remains structurally sound and ready for new carpeting.

SERVPRO of NE St. Petersburg does all this and much more when a customer has a fire at their home. We can be reached at (727) 522-0000 at any hour of the day or night, every day of the week. When you and your family must cope with fire damage, calling us is the first step toward returning to pre-fire living.